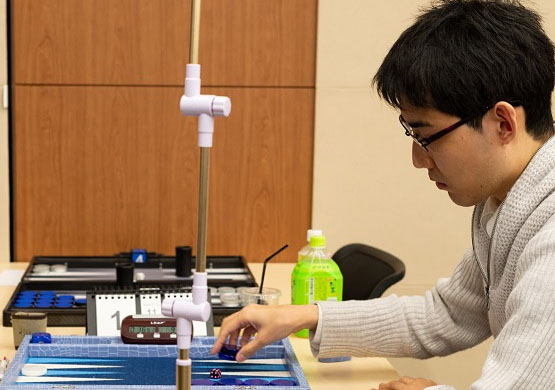 Hideaki Ueda started playing backgammon at the end of 2016. He has been playing and discussing with the top players in Japan, including Mochy and Michy, in local tournaments in Tokyo and Osaka. In only two years, he became a BMAB Grandmaster (G2), which made him the youngest Grandmaster in Japan at that time. He won one of the biggest titles in Japan, "Bansei" in 2019, and won the Super Jackpot at the Japan Open 2019, both at his first attempt. Hideaki has been expanding his backgammon activities, including participating in tournaments outside of Japan and authoring the 2019 backgammon proficiency test. Hideaki plays as "takadaleft" on GridGammon and BackgammonGalaxy.